on my way to a shoot

Just on my way to a shoot and thought i would throw up a photo of the day.
Posted by righteye at 8:56 AM No comments: 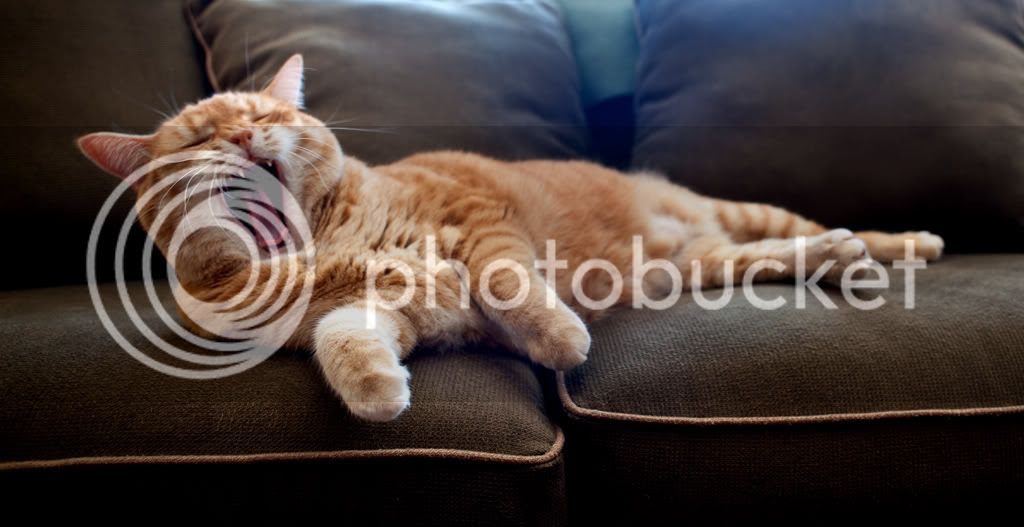 Nothing special today, just tired and heading to bed.
Posted by righteye at 6:38 PM No comments: 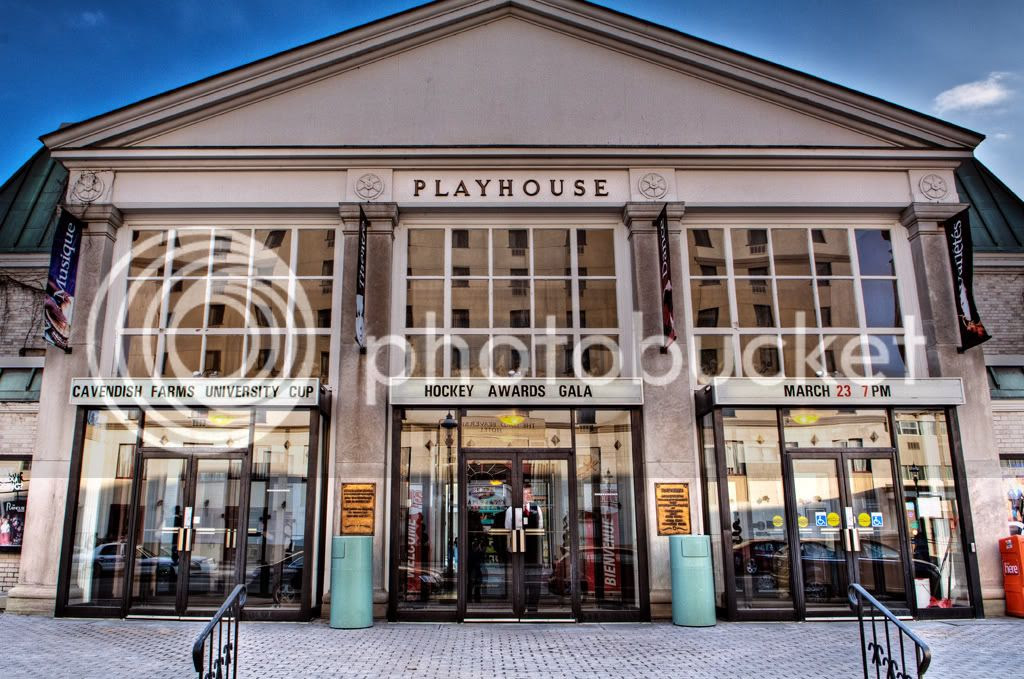 I haven't shot an hdr image in awhile so thought it was about time.
I was going into an awards shoot and the doorman was looking to see if anyone was coming.
I hand held as i did not have a tripod with me and blended three exposures in photomatix pro (new version out by the way).
I was not centered and the right side was trailing off into the distance so i used the transform - skew and made it so the lines in the photo were straight and even and the right side looked more like the left.
I also used the dodge tool a fair bit over the doors where the text is.
Posted by righteye at 7:10 AM No comments: 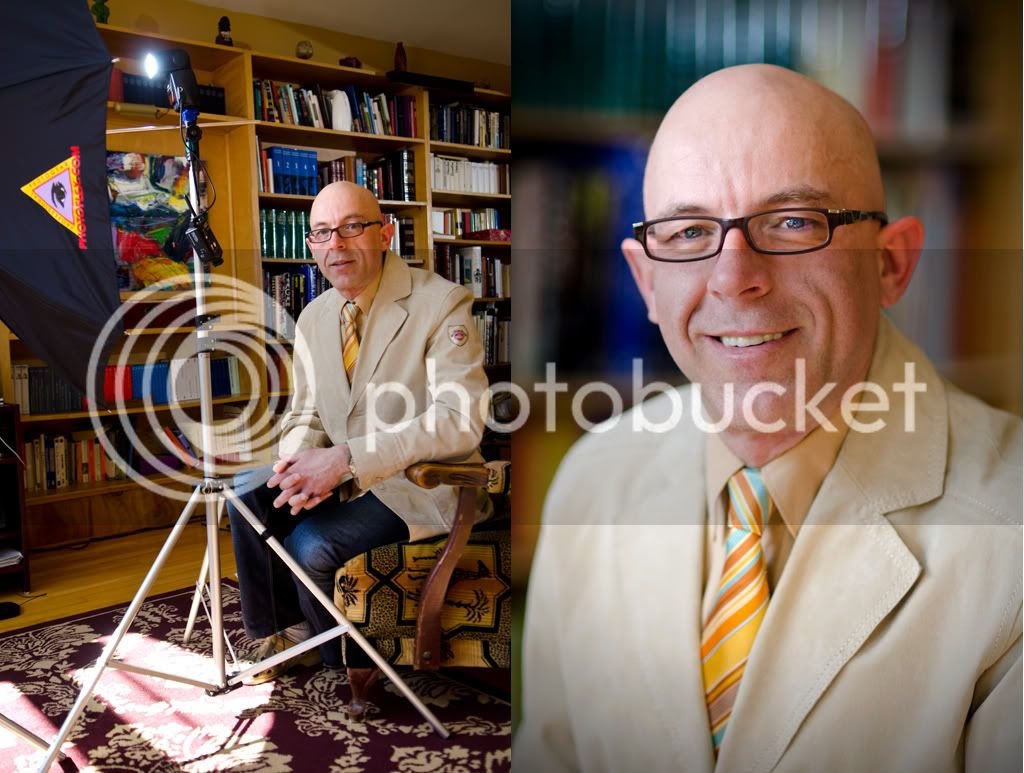 I took a portrait today that i was very happy with. Not only was the shoot fun but the results also met my expectations.
And I had some expectations on this one.
I had decided, before i arrived, that i would be using a 85mm lens set to f1.8 and two or three sb off camera flashes.
I turned the flashes way down (only used two in the end) and set one into an umbrella and the other pointed direct at the background from a sharp angle on the right hand side of the frame.
I set the main light (umbrella) as close to him as i could get it so the light would wrap around his face.
While setting up i had also decided to set this main light further around to the left and to shoot from a low angle. As much as i preach about having a idea before you start i also would say that if its not working then change gears. I didn't like the low angle but did not realize that until i shot from a higher one halfway through the shoot. I also moved the light around more so the light would hit both eyes and switched to f2 for just a touch more depth of field.
In photoshop i retouched a bit, not much, and added a vignette. I also increased the contrast using the method i have described in the past (new layer, desaturate,mode to luminosity,up highlights and lower shadows, and lower the layers opacity).
I had decided to shoot this in his living room as he has a house of color and was made to photograph in. That was my best decision of the day.
Posted by righteye at 5:08 PM 2 comments:

a walk around town

I went for a little walk on saturday morning and decided to bring my camera along.
These are just a couple straight up shots, no fancy work done to them.
I thought they went together nicely.
Posted by righteye at 6:29 PM No comments:

stand out in a crowd 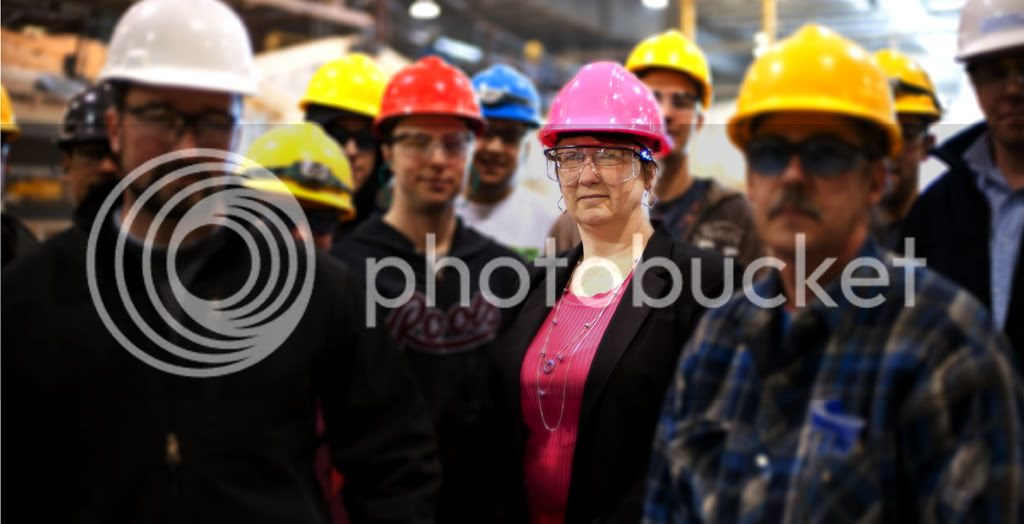 I photographed the president of a building association recently and this is one of the shots.
The client sent me two photos as ideas and wanted to have her in amongst a crowd of hard hats.
The shot was supposed to be taken from above but i did this angle first and then moved to the higher shot.
I liked this one and the client likes the other. I never have a problem with a client liking a different shot, no matter how much i like another. I would not be shooting the image to begin with if it were not for them and at the end of the day i want them happy so they will have me back for more.
I lit this with two sb flashes pointed directly at the subject. My main was more powerful than my fill by a bit and i was careful to place her in the light and not someones shadow. I did not have long for this one as all the guys gathered around as soon as we got there and i hadn't even set up a light stand yet. The doors were also wide open in this warehouse and it was freezing in there. My guess would be 10 minutes max on this from get there to tear down.
In photoshop i darkened everyone except my subject by creating a darker layer and making a mask. I also put a lens blur on that layer as well.
Posted by righteye at 1:46 PM No comments: