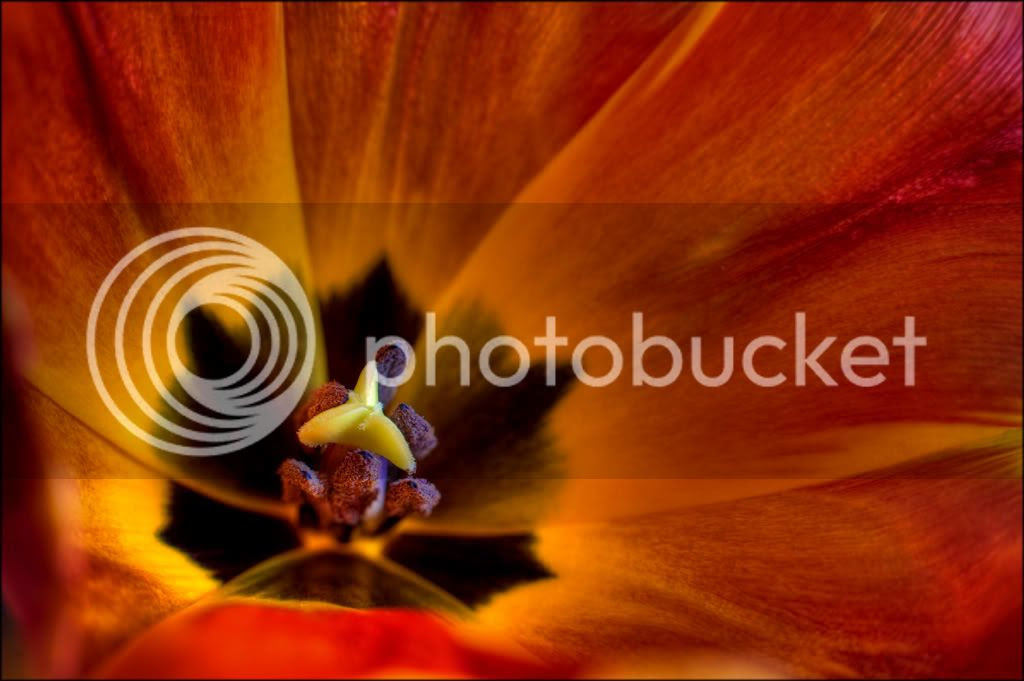 Sometimes, very often that is, I am in the mood to shoot a few photos. I typically dont want to make a big production out of it and turn it into work, so I shoot things that are close at hand. My, perhaps soon to be, brother in law brought my daughter and wife some flowers last week and they were very nice and colorful, and of course close at hand.
I put a close up lens on the camera and set the vase of flowers kind of close to a large window we have in the back of the house. It was nice, soft, indirect light. I was in manual focus so i grabbed a tripod and since i was all locked down, decided to shoot some hdr. I bracketed over a 7 stop range and did this for a few different compositions. I used iso 200, an fstop of around f16 and my normally exposed frame was at 1/8sec. I chose three exposures and ran them through photomatix.
When the tone mapping and processing was complete i opened the image in photoshop. In no particular order I; retouched a bit, sharpened, applied a vignette, burned down the midtones on the center stem, created a curve adjustment layer, and used apply image to bring back some detail in the reds. I have talked about this apply image technique in detail in some previous posts and highly recommend using it when there are reds in your photo.
Posted by righteye at 4:49 PM No comments: 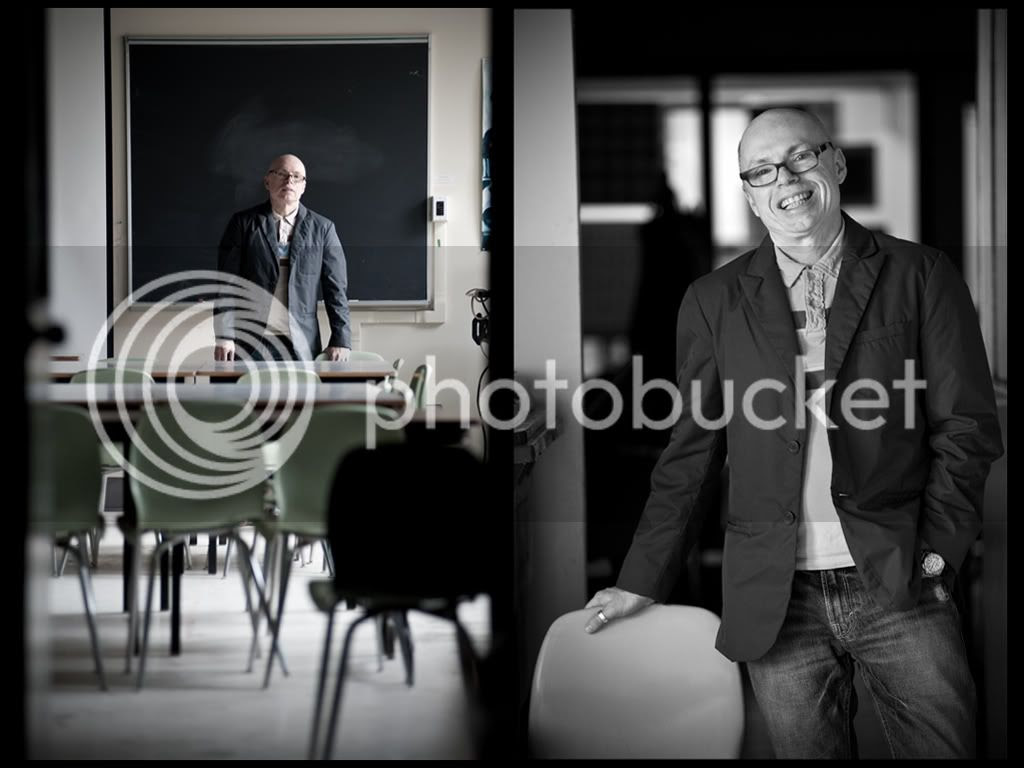 I walked by this art studio, which is across from my office, this afternoon and noticed that the light was very nice. Very soft and airy with very muted color tones. My key just happens to work in that door so i accosted my good friend and brought him into the light. The photo on the left is what i had intended to shoot but i had walked in first and he stopped at the door which gave me the unexpected photo on the right.
I used natural light and played a bit in lightroom and photoshop.
I have been in the mood to do some portraits lately but just need some time and subjects.
Posted by righteye at 11:26 AM No comments: 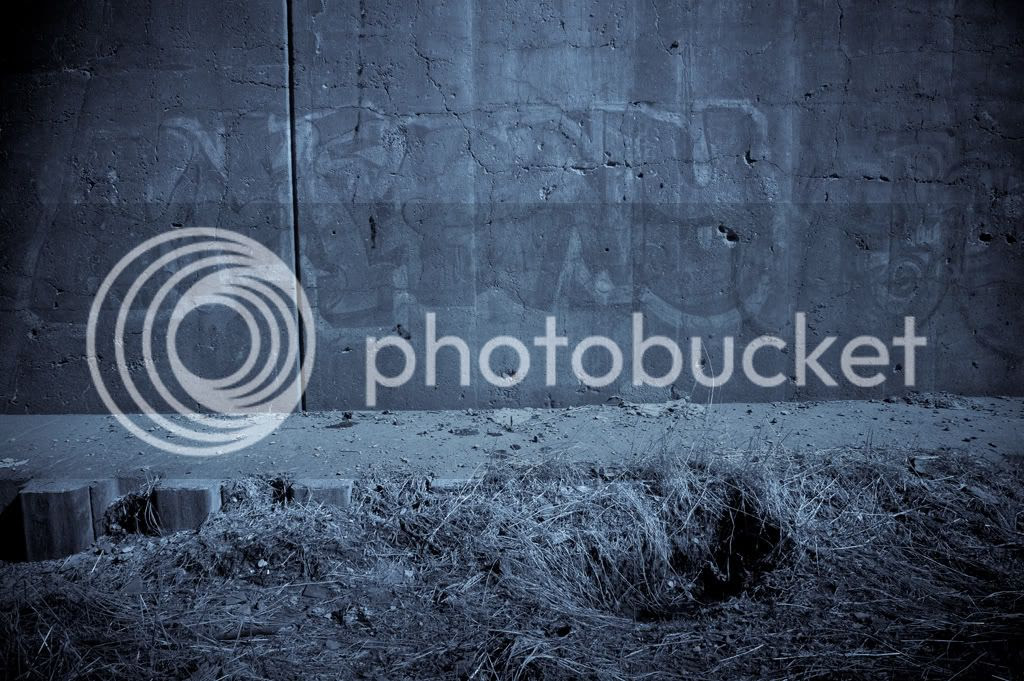 It was photobucket that was resizing my images afterall. I must say though that for a free image hosting service they are amazing. I sent them a note to see why the images were resizing and within 5 minutes they had replied and told me what to do. It is in the upload options and you have to select the size you want your images. The largest size is 1024x768.
Posted by righteye at 5:29 PM No comments: My main reason for doing this post was to see if i could get my images to show larger on this blog page.
It did not work unfortunately so i have some more playing to do.
I took this photo last weekend under a local bridge. I used a tripod and bracketed over a 7 stop range. I chose three photos and blended them in photomatix pro to get this result. Without using hdr techniques the bottom of the bridge would have been in shadow and featureless.
I am going to try very very hard to have more of these little photo shoots. I am challenging myself to see a bit differently lately.
As a photographer i realize that i am constantly evolving, learning, changing, maturing, etc. This has always been a conscious effort and battle but one that i have enjoyed.
Becoming a photographer is a great journey that i hope everyone reading this blog is on.
Posted by righteye at 4:35 PM No comments:

a bit of everything 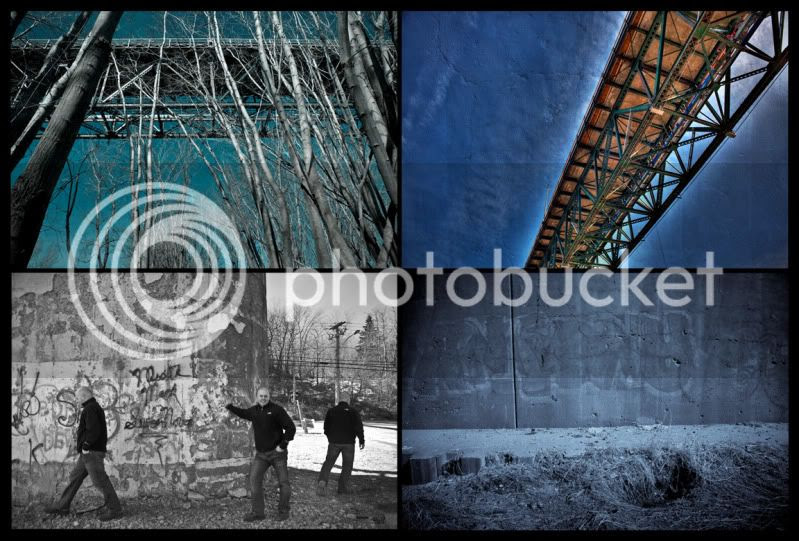 I got almost an hour today to walk around and shoot in an area that i have never been before.
I took a walk under a local bridge and played with some different techniques, hdr included. I grabbed a 24mm lens and a tripod, for the hdr shots anyway, and ended up taking about 75 shots before i was done.
The comp you see above was just 4 of the shots i liked best from the day. I am not sure that they fit together in a comp like this but thats ok.
I will post the shots individually over the next few days and talk about what i did in each.
As a bit of a summary there is hdr, two images blended together, lightroom presets, three images stripped together, etc.
Plus some retouching as after downloading i noticed a pile of crap on my camera sensor.
Posted by righteye at 7:18 PM No comments:

I have adding to this photo for years now and expect to for many more.
It all started when i was asked to photograph all the managers from a local hotel for use in newspaper ads. I thought it might be fun to do a silly pose which i later decided to strip together into a group photo. I may have forgot to mention that i shot all the people separately on a white background.
I keep everyone on their own layer in photoshop and then when i have to remove someone i just turn off their layer. I can move everyone else around to make room for new people also. Where they end up in the shot mainly depends on their pose.
I had to take three people out this year and add five. That meant that the photo was going to be bursting at the seams so i asked a couple of them to give me a crouch down pose which worked out nicely.
To keep things looking consistent i try to duplicate previous lighting and even look up last years metadata to see the fstop and lens focal length. I have noticed however that the camera has changed. There are images from a d200, d300, and d700 in this shot.
It takes a bit of time to get looking right but so far i have been happy with the results.
Posted by righteye at 1:55 PM No comments: