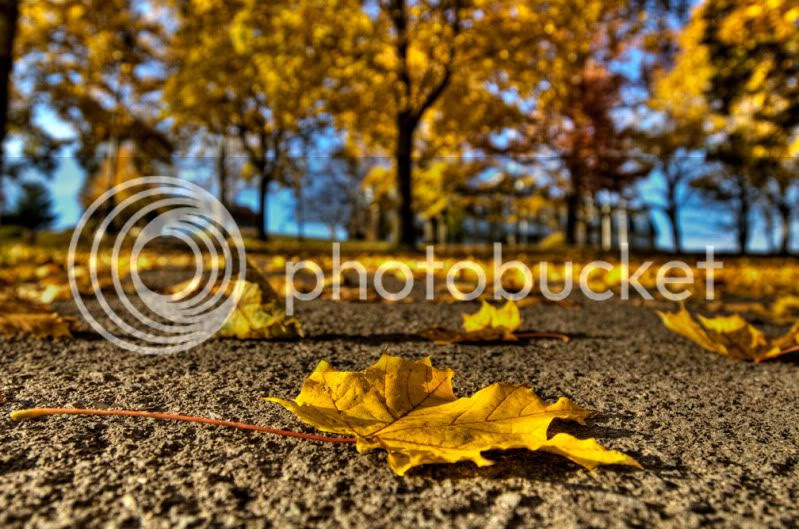 I have been wanting to do some more hdr stuff but have not had a chance. I had a shoot to do this morning and on my way back to the car, although i was very cold, i thought i would take a minute to lay on the ground and look stupid.
"Are you getting some nice pictures"? Yea, yea, just move along and stay out of my shot, i haven't had my coffee yet.
The ground was cold but i did not have a tripod. Nine bracketed shots hand held is not pretty when your shaking. So just lay on the ground, hold your breath, and shoot.
I used 5 frames on this one. I used the normal exposure and the two darkest and the two lightest.
Posted by righteye at 4:40 PM 1 comment: 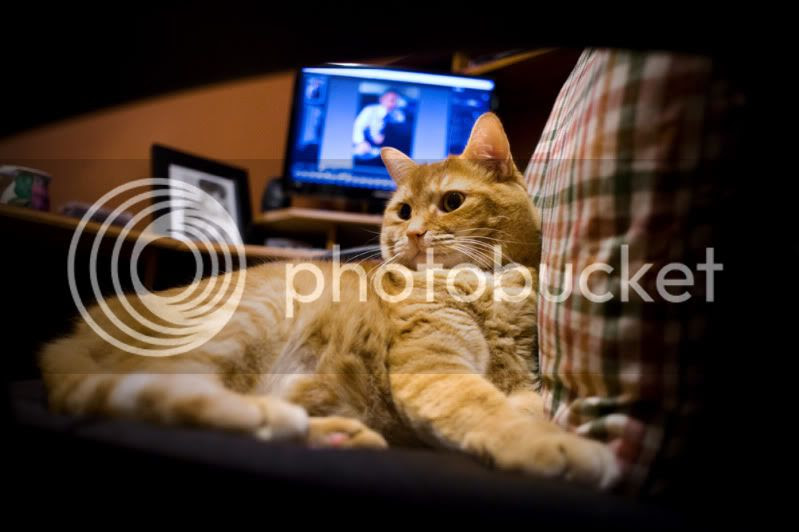 One of our family cats likes to follow me around. I got up for a sec tonight and lost my chair.
I thought it may make a nice shot so i used natural light, tungsten, and set the camera to iso 1600 at f2.8 with a 24mm lens. It was set to aperature priority, a little test, so i am not sure what the shutter speed ended up at.
I played with the image a bit in photoshop. Put a pretty good vignette on it and then removed the darkening just around her face with a mask. I wanted to tone down the background and her body as it was pretty bright. The vignette dulled it down nicely.
I then upped the contrast and did a few curves to get the color right. I increased the saturation a fair bit and sharpened.
I am in the mood to do some shooting but i have a few computer tasks ahead of me before i can do that. I am shooting a couple more grad photos soon and am looking forward to that. I had fun at the last one and have some good ideas for the next two. I think i will stick to one light again and head right to dramatic.
Posted by righteye at 8:43 PM No comments: 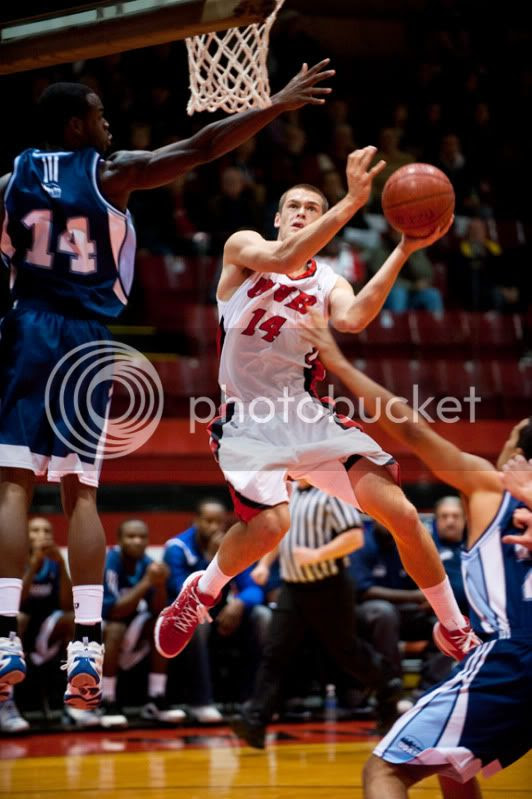 I shot a couple basketball games this past weekend and managed to get several frames that i liked.
I started shooting with a 17mm lens on the d700 from under the net and came very close to getting smoked with the ball. Shortly after that i moved back a ways and pulled out the 70 - 200 f2.8. This shot was taken with that lens.
Iso was 2000, auto white balance, shutter speed of 1/250 sec and fstop of 2.8.
I have spoken about how much i like the auto white balance on the 700 before but will mention it once again. I did no color correction to this file.
There was another shooter there with a d300 who was using the kelvin white balance method and his shots, although very nice, were very warm. With raw of course we dont care in the end as all that color stuff is way too easy to fix, but its nice to be close in camera.
Posted by righteye at 3:20 PM No comments: 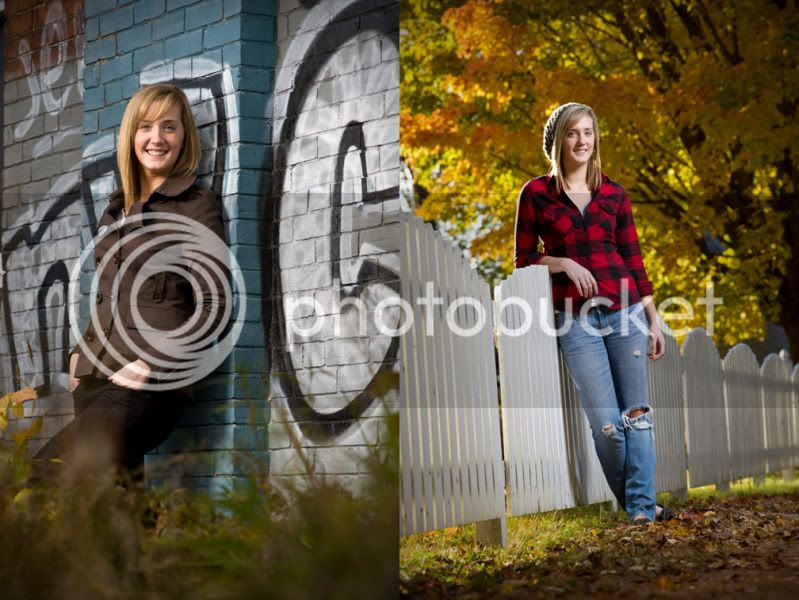 Its been a very long time since i have shot a grad photo. I really was not sure what to do when we started.
There were a couple of things i had decided on right away once i arrived which were:
- I was going to use one light, sb flash bounced into a small silver reflector. It was very windy and i got her mom to hold my light stand.
- I was going to use my longer lens to compress the foreground and background a bit.
- I was going to have some fun.
I did some shots first of all at the location you see in the left hand photo. I did some different angles and had her look in different places. Pretty easy. I then shot some just around the corner from this by an old door.
We moved locations for the photo on the right just to change up the feel a bit and she changed clothes on the way. I knew of this cool white picket fence and hoped for some color. I again used one light, fired off camera by pocket wizards, and had her mom hold it again. I put it up fairly high to try and keep some light off the fence and her feet. I should have zoomed the head in a bit but was getting cold and lazy. I thought it looked pretty good also so why break the flow.
The sun gave me my hair light and i used a large tree to my left as a gobo for my lens as to not get flare.
My model was excellent, i had lots of fun, and i was very happy with the photos.
I have another one to shoot this week and i am looking forward to it. Hopefully it will be warmer outside.
One funny thing about this shoot was the cat that came out of nowhere. It was one of the friendliest cats i have ever met and as a result he was in a few of the photos. Oh, and the three guys that also came out of nowhere who we thought were going to steal my camera bag. In the end, everything worked out fine.
Posted by righteye at 5:45 PM No comments: 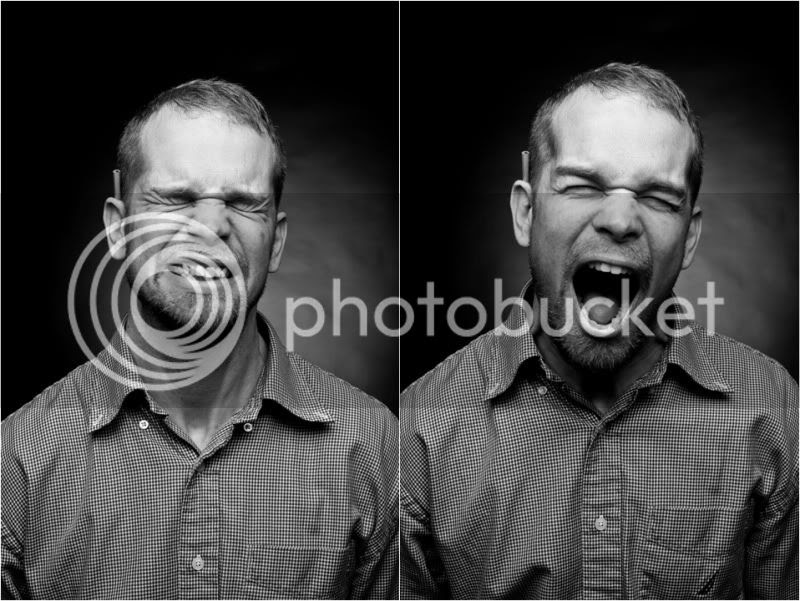 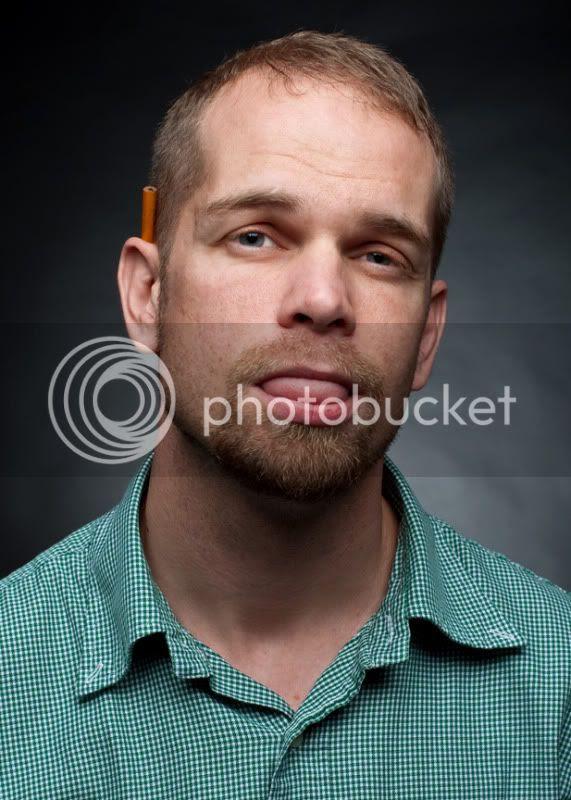 I am still posting portraits that i shot last week but you will be glad to know that i am almost done and will only post one more from that series of shots.
This is a guy that i work with who was just stung by a bee and his tounge swelled. He was nice enough to pose before heading for first aid. I am kidding. There was no bee just a funny guy that gave me a whole range of facial expressions to shoot.
I shot quite a few images as he was changing the whole time. I have always said that i can only do half the work. If the subject can participate and try to make up that other half then you have magic.
Posted by righteye at 6:52 PM No comments: 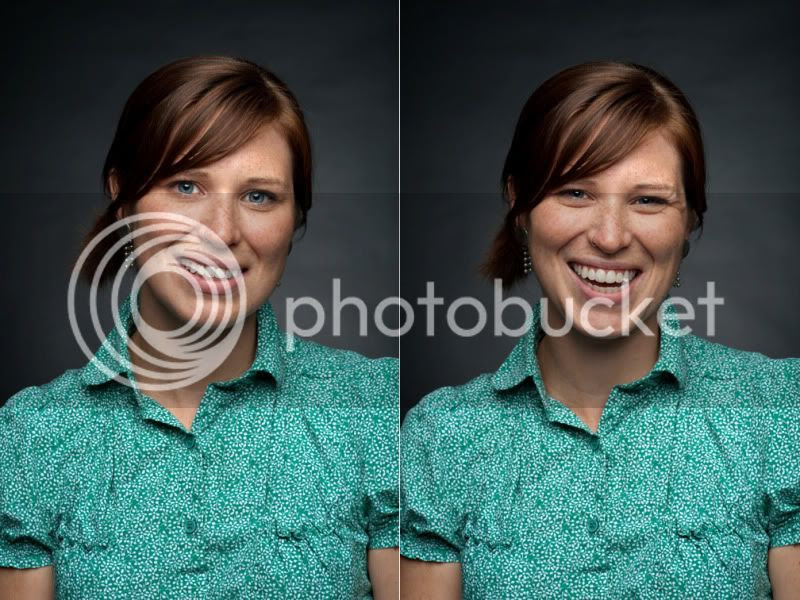 As i may have mentioned in my last post, i shot 4 portraits recently and thought i would just continue along to the second in the series for tonights show and tell.
Light setup stayed exactly the same as my last images, one in front and one behind.
I did a little retouching in photoshop but not much.
My favourite shot from this series is the image on the right. I really liked the eyes too however and wanted to show them in another shot, thus the image on the left. I have always liked photographing people with freckles. Why?? No idea. Mabey i can do a series of shots someday of many people with many freckles.
I still have two other people in the cue to share with you but i am having trouble picking my favourite image from one of the shoots. I have about 10 that i like. Mabey i will do a contact sheet image and you can pick the best one for yourself.
Posted by righteye at 4:47 PM No comments: 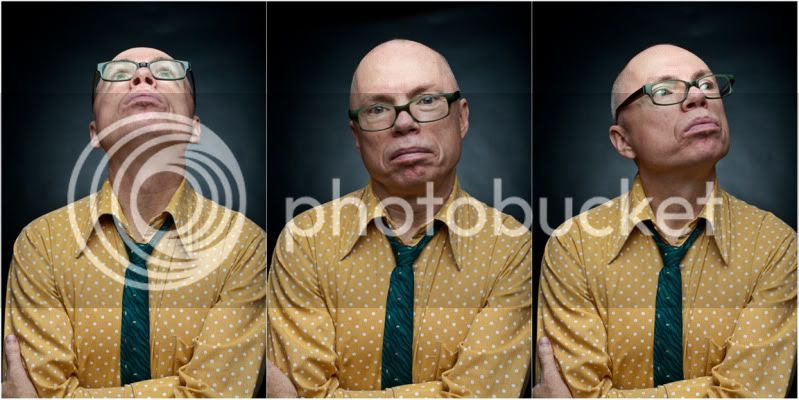 As i mentioned the other night, i was in the mood to shoot some portraits.
I was able to shoot 4 people today, took about 5 minutes each, and all were just happen chance. I set up the lights for the look i wanted and then just said "hey, follow me". Each persons images were different and all shot under the same light setup.
I used one light for the background with a 30 degree honeycomb grid spot pointed straight at a black paper backdrop and used one light, butterfly, placed just above and in front of subject shot through a umbrella. I kept this main light as close to them as i could. I shot with a d700 and a 50mm f1.4 lens. My head was touching the umbrella so just to be safe i held a reflector, still in its black carry bag, over my head and camera to block any spill on me.
I only did a few shots of each subject and really was very happy with all.
In lightroom i cranked up the clarity a bit (80 i think) and just adjusted the exposure, blacks, and white balance settings. I wanted to keep the images with a cool tone and think i may have taken them too far away from this in the end.
As stand alone images they work very well but have to be viewed large for the full effect. They are extremely sharp and you can count the pores on the skin.
Posted by righteye at 6:45 PM No comments: