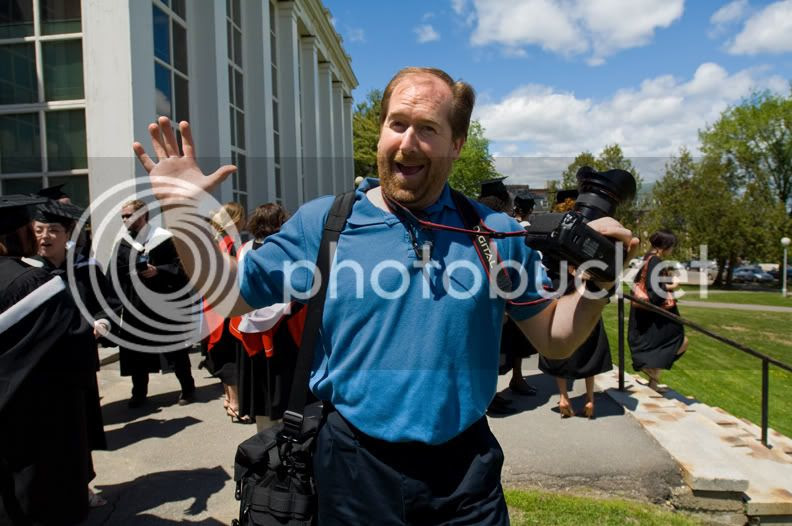 Just wanted to throw up a photo of a good friend of mine and let everyone know that i have not abandoned this blog.
When things slow down a bit, soon, i have some good tips to post.
Posted by righteye at 5:06 AM No comments: 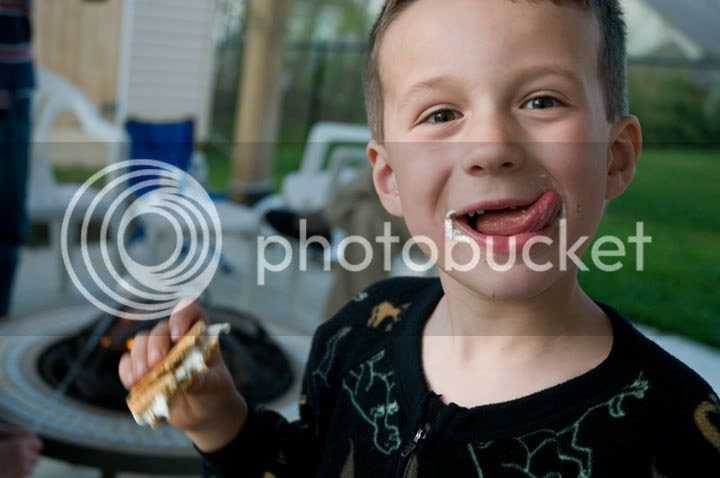 Just wanted to wish all us canadians a happy long weekend.
As you can see our neighborhood started it off tonight the right way.
A bonfire and smores, yum, yum.
Posted by righteye at 6:33 PM No comments:

I was just bored tonight so asked my daughter if she would stand in front of my light for a sec. I was surprised when she said yes and actually managed to take about 10 frames before american idol came back on and she left me.
The main reason for me wanting to shoot was to play with a shoot through umbrella a bit more. I have been using shoot throughs for about a month now and am now officially converted. I have always hated soft boxes as i just find the light too soft, old fashioned, and to me boring. I am finding that a shoot through gives me a compromise between a reflective umbrella and a soft box and when you can get it in really close to your subject you get a nice wrap around type of light.
For the background i stuck a nikon sb flash on a stand and zoomed the head in all the way (85mm) and pointed it straight at the wall behind her, she was out about 10 feet from the wall.
Once i got the images into bridge i really liked the three images placed together. I had not planned this but thought it may work later. I was glad that i kept in the same spot for all three and just her look changed. Just never know what your going to get i guess.
Posted by righteye at 6:30 PM No comments: 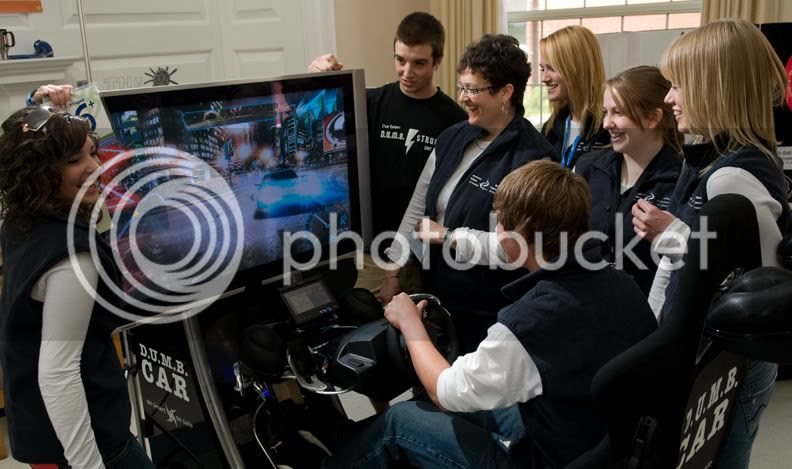 I took this photo recently and thought i would post it to talk about the importance of planning your lighting. My client wanted all these people around this driving simulator and wanted the screen to show. If i had hit the scene with on camera flash the screen would have taken a hit and not looked good. I could not bounce my flash off the ceiling as it was way too high and probably would have affected the screen also. I brought a light stand, an extra flash, and two pocket wizards with me just to be safe. I usually have the car packed pretty well just in case i run into a situation where i need more equipment.
Once i saw the setup i first picked my shooting angle and then placed an off camera flash directly behind the screen and up quite high, with a pocket wizard attached. I placed a second flash on my camera which i did point straight up with the white reflector card pulled up about half way. This on camera flash provided fill on the dark side of the people, i set it lower in power compared to the off camera flash. Both were set to manual so its easy to adjust, if one is too bright just dial it down. I set my shutter speed for the driving screen, i think it was somewhere around 1/60 sec.
Now if you dont have pocket wizards dont worry. You can get a cheap optical slave for your off camera flash and your on camera flash will set it off. They dont work great outside but work very well indoors.
This type of lighting is by no means rocket science. It is actually very easy to do and really makes your photos better than the easy on camera flash only technique.
Posted by righteye at 6:23 PM No comments: 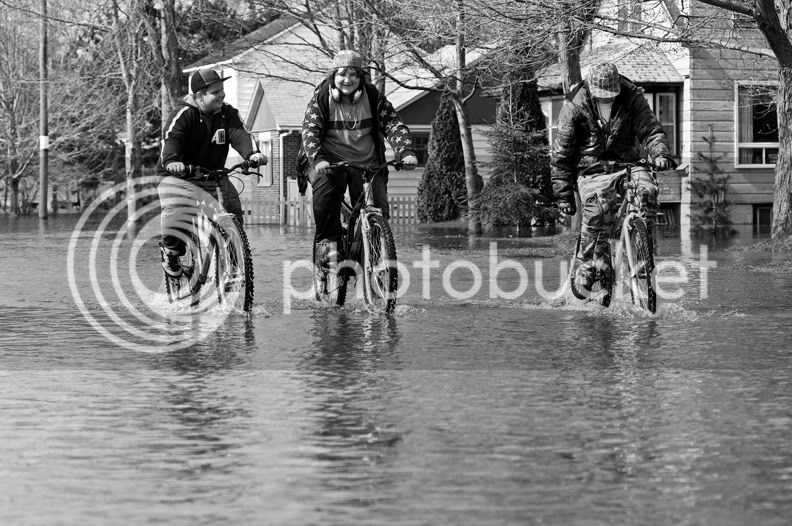 I just wanted to post one more flood photo.
My small town is dealing with a flood crisis at the moment and as i mentioned in my last post i got to take a few photos of it.
I haven't been out shooting again as i have been busy with other stuff but hope to go for a stroll tonight.
I will have a good, informative , photoshop post soon, promise.
Posted by righteye at 7:38 AM No comments: