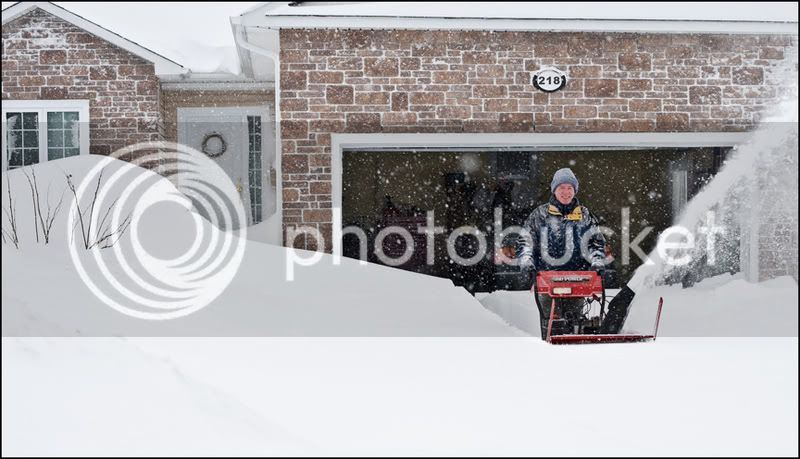 Just wanted to post another of our snow storm shots. We actually had 48cm of snow not 45 as i earlier thought. Everything is still a mess and driving is real fun on the narrow downtown streets.
I did the same to this image as the last one, 100% clarity. I also used the sponge tool (hidden under the dodge and burn tools) and set it to saturate. I then brushed over Mr. B and his snowblower to give some punchier color.
Hopefully this will be the last of the weather shots.
I believe i used a 50mm lens on this image and a 24 on the one from yesterday.
Posted by righteye at 4:52 PM No comments: 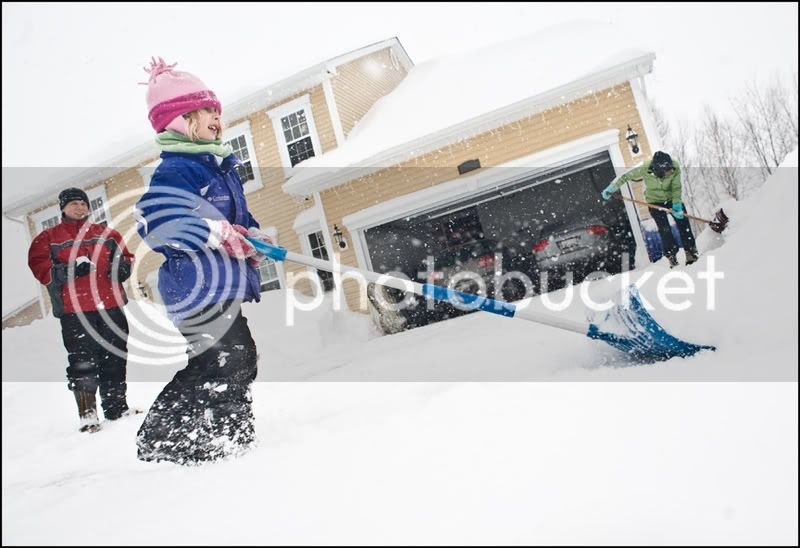 We had 45cm of snow today so really the only things to do were shovel and shoot some photos. As you can see, our neighbors daughter did the shoveling so i did the shooting. I didnt do that much to the photo, nothing really other than camera raw plug in. What i have been doing lately to give the photos some punch and a bit of a different look it to crank the clarity in the plug in to 100%. I then smart sharpened at 30% and that was it.
Another cool idea if you want more clarity and have already hit the image with the adjustment brush like i talked about in some previous posts, it to save the file (after the clarity has been added) as a tiff or jpg and then close it. Go to bridge and find the file you just saved and then go under the file menu and down to "open in camera raw". Now your clarity is back at zero and you can add a bunch more if you like.
Posted by righteye at 4:27 PM No comments: 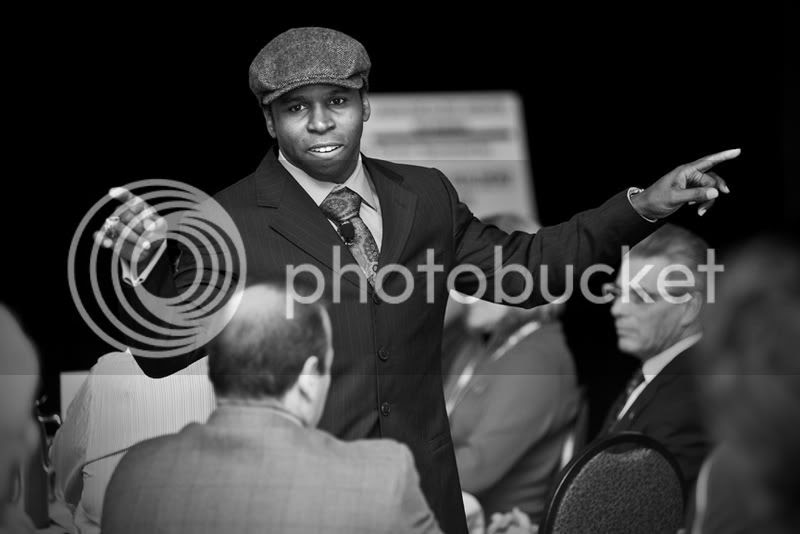 I had the opportunity to photograph and listen to pinball clemons recently.
He was an excellent speaker and i really enjoyed it. As a photographic subject he was also excellent. Very dynamic, outgoing, and lots of gestures. The only trouble i had was that he really roamed around the room, the whole room. While he was onstage he was under the tungsten spotlights but when he was in the crowd he was in darkness. I had no room to set up lights so i just used an on camera flash and bounced it off the ceiling. One tip, if i may, is to never shoot on camera direct flash unless you have absolutely no other options.
He moved so much that i basically just had to keep focusing on him and be prepared for when he made a gesture that i wanted to capture. I also had to predict the flash output as i had it set on manual. I was shooting full power when he was far away and then down to 1/4 when he was close.
On a personal note i would say that i am not really a big fan of celebrities. I have met a bunch and watched them closely while photographing. They just seem kind of fake. This guy was different. He was the most genuine, and personable person i have photographed (in the celebrity world ). He was late for his plane but still took the time to be photographed with anyone who asked him.
Posted by righteye at 9:58 AM No comments: